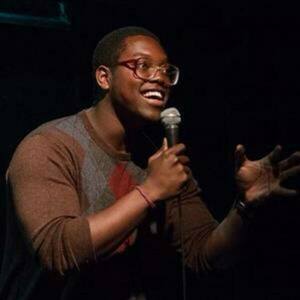 Ify is a California native, born and raised in Los Angeles. Growing up, Ify has always had a love for comedy, As with most comedians from SoCal, he joined the Comedy Sportz High School league and learned the art of short form improv. After he graduated, he joined Cherry Spitz Comedy, one of the longest running improv groups in the OC, for seven years. Ify eventually started taking classes at the Upright Citizens Brigade Theatre in Los Angeles in 2012 and took his comedy to a higher level. You can catch him performing at the theater with White Women (All Black, none wack). As a stand up, his set was featured on The UCB Show for SeeSo (NBC) and he recorded his debut album, The Community College Dropout, with Comedy Dynamics. He's been featured on multiple TV shows like Key and Peele, Comedy Bang Bang, and Workaholics. He's a former staff writer for @Midnight on Comedy Central (on which he has also appeared as a guest) and has written for shows on the channels BET and TruTv.